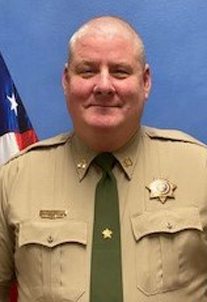 Captain Andy Deak commands the Operation Support Bureau. He is a 1992 graduate of San Diego State University and obtained his Bachelor of Science Degree in Industrial Engineering. He is also a veteran of the retail food industry where he held management and leadership roles for ten years. Captain Deak has served with the Kootenai County Sheriff’s Office since October 2002. He has since held roles as a Jail training officer, a supervisor of the Security Assessment Team, 2008 Facilities Expansion Team, Custody Division Sergeant and Jail Training Supervisor. He obtained supervisor and management certificates and is a graduate of the FBI Command College. He was promoted to the rank of Captain in April 2011 and has served as Jail Bureau Commander and Operations Support Division Commander.